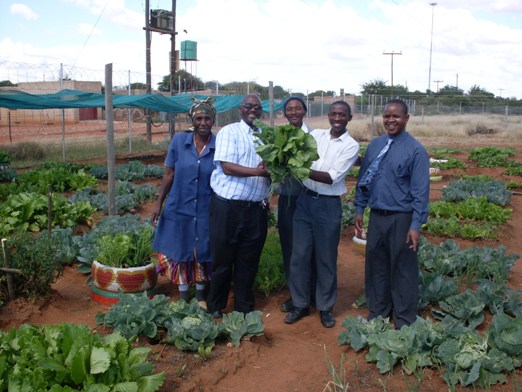 The PSA’s search for sustainable, self-empowering social responsibility projects with long-term benefits for a broader target group resulted in a joint venture with the Food Gardens Foundation (FGF). The FGF is a non-governmental organisation, established in 1977 as a socio-economic project to teach people to help themselves by growing essential food according to sustainable organic principles. The FGF promotes community development and social upliftment by helping people improve their health and their quality of life and to escape the grip of poverty by achieving a higher level of household food security, self development and self-employment. Projects concentrate its efforts at schools owing to various reasons, e.g. education, nutrition, sustainability and self-empowerment. The FGF provides training and manages all other interventions, including regular reporting to the PSA in this project for a period of one year. 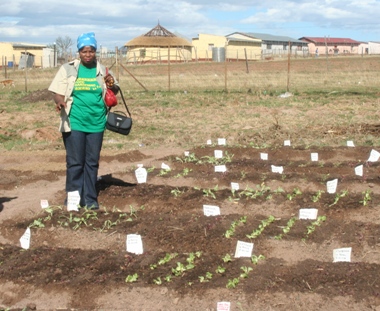 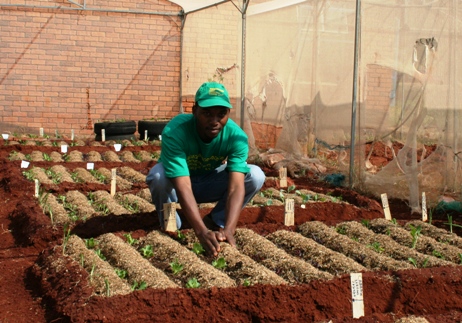 The FGF method is based on organic trench gardening using normal domestic and other organic waste to revitalize the soil and feed the growing vegetables. The method is low-cost, low-maintenance and environmentally friendly. It is also appropriate for people with very limited resources, including water, and provides safe, pesticide and chemicals’, nutritional, organically grown vegetables. The method makes optimum use of limited space and scarce water resources and restores fertility to poor and arid soil. Each trench-bed may be used for approximately five years before re-digging.

The PSA's first food gardenwas launched in August 2008 at Stanza Bopape Secondary School in Mamelodi, Gauteng. The School lies next to an informal settlement and is faced with many challenges, including child-headed families, single parents who are unemployed, orphans who are staying with grandparents and unemployment.

The second garden was donated to Ngangenyathi Primary School in Mthatha in the Eastern Cape. The initiative was received with great enthusiasm by the School, parents and members of the community. Within two months of establishing the garden, the School was harvesting from the garden and even selling some of the produce. 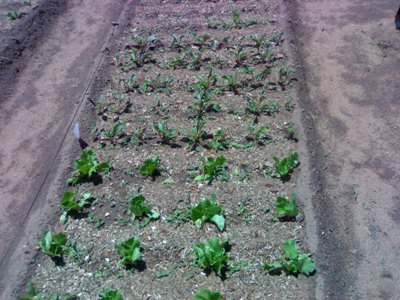 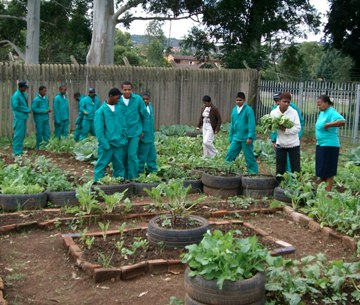 The PSA allocated the third food garden to Flora Phophe Primary School in Buschbuckridge in the Thulamahashe area of Mpumalanga where the garden is set bring relief a community where poverty is rife. Teachers, members of the community and learners all joint hands to have the garden established. The garden has since been extended by the community by 14 beds and is yielding good crops.

The project then moved to Limpopo where a garden was established at Leseding Centre in Jane Furse where the beneficiaries are determined to see the project going further and sustaining them as well as meeting their objectives and needs.

The fifth food garden was planted at H S Ebrahim School, a special school for severely handicapped children, in Northdale, Pietermaritzburg. The School is reaping the fruits and eating out of the garden. The sixth garden was also established in KwaZulu-Natal at Mjele High School in Appelbosch near Durban in February 2009. This was followed by a garden at Sejankabo in Mmabatho in March 2009.

In the Free State a food garden was established at Gugulethu Intermediate School in Frankfort in October 2009. A second Eastern Cape garden was established at Kanyisa School for the Blind in Kwa Dwesi, Port Elizabeth. Next on the cards was a garden for Hlengisa Junior Secondary School in Nyanga in the Western Cape in October 2009 to support the School’s feeding program for learners. This was followed by a garden at Qalabusha Secon­dary School in Gauteng in November 2009, with the garden at Keimoes Intermediate School, situated 40 km’s south of Upington in the Northern Cape in November 2009, completing the dozen.
Mar 2, 2018, 09:03 AM